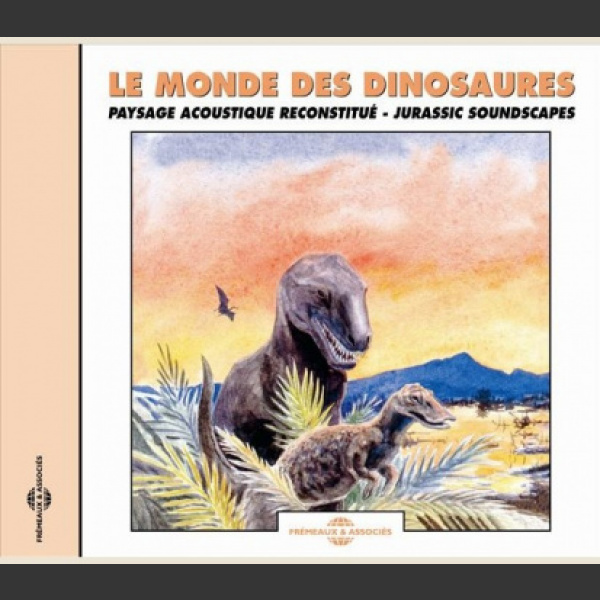 The publication of the natural sounds of Jurassic dinosaurs in the quite serious collection of biological recordings published by Frémeaux & Associés may at first sight appear to be a little ridiculous to the public and to the specialised press.
Nonetheless, the natural sound recorder Jean-Luc Hérelle has put together the sounds of the Iguanodon and the Tyrannosaurus in a Giant Sequoia forest during the early Jurassic (a period going back some 200 million years).
The creation and production of this sound material is based on recent scientific findings, on the relationship between dinosaurs and today’s birds and dinosaur replicas produced by paleontologists using much that has been discovered about dinosaurs since the 19th century.
A real insight into prehistoric sounds.
Patrick Frémeaux.