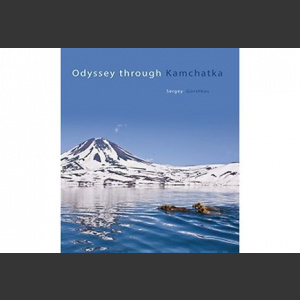 This is not just a book about Kamchatka and its wonderful nature. This is also a book about a man and his journey in the kingdom of bears to who he is now as a man and a photographer. Sergey Gorshkov is the most well known Russian nature photographer. Kamchatka Peninsula in the easternmost Siberia is one of the largest and least unspoiled wildernesses in the world. Untamed nature of this volcanic region made an indelible impression on Gorshkov. For him the most beloved place on Earth is Kuril Lake. It is world's largest overwintering area of Steller's sea eagles, Asia's largest sockeye salmon spawning ground and safe haven for Kamchtka's largest brown bear population. "To take a truly memorable photo, to capture and convey in the blink of an eye a bear's character, its traits, the essence of what is happening to it at the very instant, you must literally live among bears: sit about, observe, watch for the right moment, and when that moment arrives, understand how to take advantage of the opportunity. In other words, you must blend in with environment as far as possible and become a part of it for a while, a part of untamed nature."

Gorshkov, a former hunter, now speaks on behalf of shooting with camera and against trophy hunting